Insecurity and Anger in Children

A Resource to Combat Child Disobedience

We all know that words have great power in people. While it is true that actions teach, words can stab like a dagger through the heart when misused. In this sense, it is important that parents know how to choose well the words that they want to transmit to their children, but they also have to know how to select well those that they should not say.

This is a classic. By saying to your kids, “Do I have to tell you this 100 times?” You’re basically complaining about how much you need to say things to them as if they weren’t listening. Instead, try saying, “I told you this before, but could you please …?” In this way, you will make the children feel that they must comply, and you will not have to repeat things many times. Also, make sure your children are actually listening to you when you speak to them.

Older kids don’t do that.

A very common example of this is “older boys (or girls) don’t cry,” generally followed by “crying is only for babies.” Whether it’s crying or anything else, let the children be children. If there is something you are not satisfied with, never use their age as an excuse. Instead, try saying, “I don’t think it’s a good idea to do that because …”

That’s only for boys (or girls)

Limiting boys and girls to what they can and cannot do based on their gender tells them that there are certain ways that boys should behave and certain ways that girls should behave, and if they don’t comply, it’s wrong. It puts kids in bubbles, and they grow up believing in toxic social gender roles. Instead, try saying, “It’s not a good idea for you to do that.”

I am disappointed in you.

As much as disappointment is a valid feeling, saying this to your children can cause an emotional scar. Many people grow up believing that they are a disappointment to their families because their parents tell them this without thinking throughout their lives. Instead, try saying something like, “I am not happy with your actions. Please avoid doing ‘that’ in the future. “

Either you listen to me or … 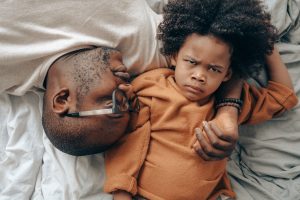 Surely this sounds more like a threat than anything else. Using fear to discipline children is unhealthy and generally counterproductive. Simply explain why you want something done, and they will be more likely to comply. So instead of this, you’d better say something like, “Please do ‘this’ because ‘that’ is not the right thing to do.”

Because I say so

The “like I say or nothing” or “because I am an adult and you are a child” approach may have been used for a long time, but that does not make it the correct way to discipline children. It makes children feel that their opinions are not valid simply because they are young. Instead, explain why you want something done in a certain way.

You live under my roof, so you follow my rules.

These statements make your child feel uncomfortable in his own home, and in addition to being emotionally on edge, he has anxiety. Instead of this, it is better to say things like: “You know the rules of this family, do not forget to follow them.”

This is how I grew up.

Although we learn a lot about parenting based on how we were raised, it is very closed-minded to turn down a child’s request or to condemn their actions by saying, “this is how I was raised.” Instead, explain to your child why you feel a certain way instead of rushing to “turn it off” with that phrase. You can use it as an example, but it shouldn’t be your main argument. Instead, you could say things like, “I don’t think it’s a good idea to do it. My parents used to tell me to wait for the adults to be quiet before speaking. “

Take your baby to places with great ease.

Carrying your baby to workplaces, markets, schools, and other places is a tough job. You cannot leave the baby and do your work in such situations. Therefore, buying a stroller for your baby can help a lot in these cases. It will make it easier for the parent to carry the baby, but the comfortable seats and hoods will keep the baby happy. Buying luxury strollers are a fantastic option for babies.

The materials that the designers use in such 3 wheel stroller are high in quality. Therefore it gives more comfort to the baby. Even the parents also like them as it reduces the effort and helps them do their work without any complication. 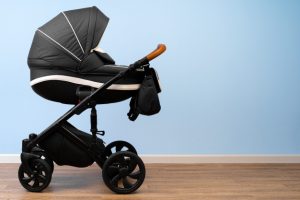 What all things should you consider while buying luxury strollers?

There are many features and accessories that luxury strollers have, which can be highly beneficial for both the baby and the parent. It is best to look into some of these features to give the best ride to your babies, as outlined by Babyjourney, a reputable baby blog. Let us have a look at them.

Check out the online shopping platforms to buy the best luxury strollers.

Many online platforms provide excellent luxury strollers at affordable prices. There are a bit expensive than the regular strollers. But they are worth the money in terms of the comfort and results that it provides. After all, for the baby’s comfort, no one likes to compromise. The additional accessories like cup holders, extra basket space, and extra padding in the seating area are all good for providing the baby’s necessary items and for its sleep.

Does your child always forget to make the bed when he gets up? Does he try to sneak out every time you call him to go to the shower? Doesn’t he listen to you when you ask him for something? Are you having trouble meeting your daily obligations? Perhaps the time has come to try the “achievement tree” technique, a simple and fun resource with which you can reverse child disobedience while stimulating their self-esteem and empowering responsibility.

What exactly is the achievement tree? 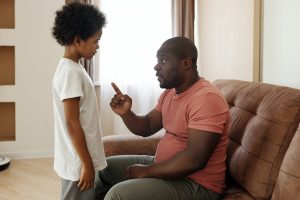 The original game, suitable for children from 3 to 10 years old, is made up of a magnetic board with a tree drawn on one side and a blackboard on the other. It also includes some magnetic apples that have routines and habits of daily life written down, and stickers of animals, stars, and comets.

How does the achievement tree work?

The tree of achievement technique works through apples, which in turn represent different activities of daily life. At the beginning, the apples are located at the base of the tree, and the objective of the game is to get to place them in the crown. The apples must level up to the branches. However, apples can only be moved if children complete the tasks they represent.

One of the great advantages of this game is that, unlike other educational techniques, the achievement tree works through positive reinforcement, that is, it focuses exclusively on the positive behaviors of children, not on their mistakes or bad behaviors. In this way, the technique manages to consolidate the positive behaviors of the little ones, reducing importance and attention to their inappropriate behaviors until they end up being extinguished.

What are the benefits of using the achievement tree?

The achievement tree is a perfect activity to strengthen communication between parents and children while stimulating a much more positive family environment. In addition, it is an ideal tool to instill in them certain habits and teach them various daily routines that will enhance their autonomy in the long term.

However, one of its greatest advantages lies precisely in its positive effect on child discipline since by focusing on the positive behaviors of children it contributes to their maintenance over time while stimulating the extinction of negative behaviors. In addition, it is a very effective technique to strengthen children’s self-esteem because each time children achieve a new achievement, they will strengthen their self-confidence.